Image of the antennas at my former QTH: 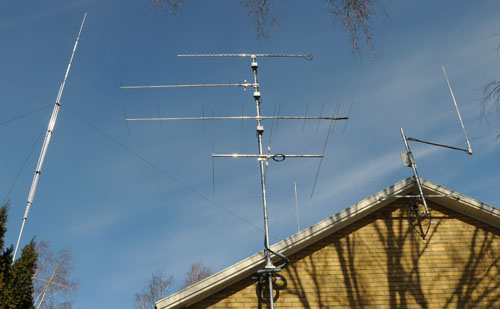 For our Scandinavian speaking crowd of people interested in radio and electronics, please use ham.se forum, it is a free service provided by a few hams and antennerna.se